A.I. Is Not Sentient. Why Do People Say It Is? New York Times (David L)

This clip of a Covid enforcer and climate warrior landing in Costa Rica for holidays with his family all UNMASKED IN A PRIVATE JET has received over 1.3M views in 24hrs.

But not one MSM story. pic.twitter.com/SXbCvSOxyL

Democrats are telling their senators not to get tested for covid to ensure they can pass their $800 billion spending bill before summer recess. They can’t lose a single vote so a positive covid test would derail the bill. Rules only apply to the peons: https://t.co/v4vnddV3w2

The mystery virus that protects against monkeypox BBC (Dr. Kevin)

The promise and danger of Scotland’s bog BBC (David L)

Pentagon chiefs’ calls to China go unanswered amid Taiwan crisis Politico. Yours truly hoped Xi would reject Biden’s request for a call. That would have sent the most powerful message possible that China was not on with the Pelosi visit.

On Japan’s Yonaguni island, fears of being on the front line of a Taiwan conflict NPR (David L)

NHS 111 expects delays after cyber-attack causes system outage Guardian. Kevin W: “They are presently back to pen and paper.”

Note the Torygraph ran this story:

This would be pretty kino but it’s obviously completely made up. https://t.co/V5rxQMFU3N

Germany needs to slash gas use by more than any other EU state: Analysis Economic Times

Note To Myself… Andrei Martyanov. See embedded video on Spain.

Duma to legislate on 90 days’ advance notice seeking permission through diplomatic channel from Moscow for foreign warships to pass through Northern Sea Route that connects Europe with Asia-Pacific. https://t.co/nylgFdFFh0

I don’t write these stories….and wonder why this is a talking point now:

In a press conference yesterday, the Russian military accused the US of assassinating Hugo Chavez with a biological weapon administered by his nurse, Claudia Díaz, who defected after Chavez’s death. https://t.co/RF3IPkSi5i pic.twitter.com/Q11HFPokON

Big Brother Is Watching You Watch

AA chief says keep keyless car fob in a pouch, in a box, in a microwave after thieves stole his car Daily Mail (resilc)

Rise and Fall of Empires in the Industrial Era: A Story of Shifting Comparative Advantages NBER (resilc)

U.S. Lawmakers Demand Federal Scrutiny of How US Tech got into Turkey’s Drones Juan Cole (resilc)

Indiana passes near-total abortion ban, the first to do so post-Roe Washington Post (furzy). Eeek. Not the Deep South….

Prescription drug prices are high. Can the new Senate bill lower them? Grid. Resilc: “100 bil over ten yearzzzzzzzz? Joke. To be pissed away by DoD in a month.”

How the battle over the Democrats’ climate, tax and health bill will play out The Hill

Trump rallies in Wisconsin, where Republicans are embattled The Hill

Towed away, incomplete, because the people of Rotterdam refused his demand they disassemble a historic bridge to let it pass. pic.twitter.com/eyPQp4h0uA

UPS Is Installing Surveillance Cameras in Our Trucks, but Not Air Conditioning Jacobin (furzy)

Synthetic drugs will fuel the next wave of illicit drug use STAT (Dr. Kevin)

Since you have kindly used one or two of my snowberry photos, I thought you might enjoy the complement, snowberry’s larger “cousin”: the hummingbird clearwing moth.

I regret that I don’t have any of them side by side (which does happen but thus far those photos aren’t sharp enough), but as a rule of thumb to tell the two apart: Snowberry has dark legs and a black cummerbund; hummingbird clearwing has a red cummerbund and light legs. 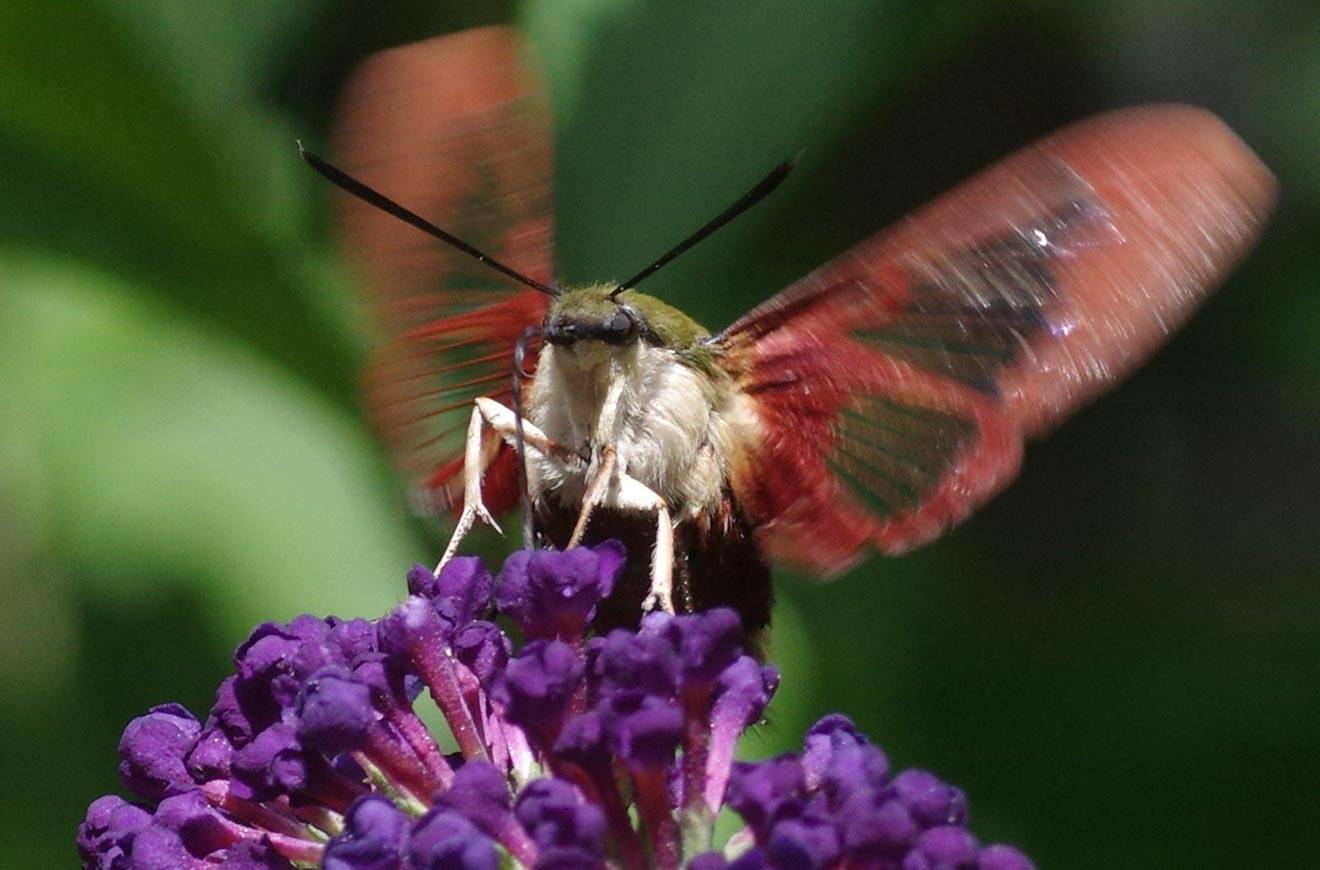 And a second bonus:

Animals never judge do they? pic.twitter.com/u32nRT0O7m

Normalizing Nazis at Vogue, MSNBC, and “America’s Largest Documentary Festival” (but not Catalonia)

Normalizing Nazis at Vogue, MSNBC, and “America’s Largest Documentary Festival” (but not Catalonia)

By Lambert Strether of Corrente. Dmytro Kozatsky was the press officer of Ukraine’s Azov Battalion, which makes him a fascist...

Yves here. Gabriel Zucman came to prominence with his study on tax havens that became the book The Hidden Wealth...

The Coming Revival of the American Chestnut (but through Genetic Engineering?)

By Lambert Strether of Corrente. “A forest ecology is a delicate one. If the forest perishes, its fauna may go...