How reporters can grasp what’s at stake — GetReligion 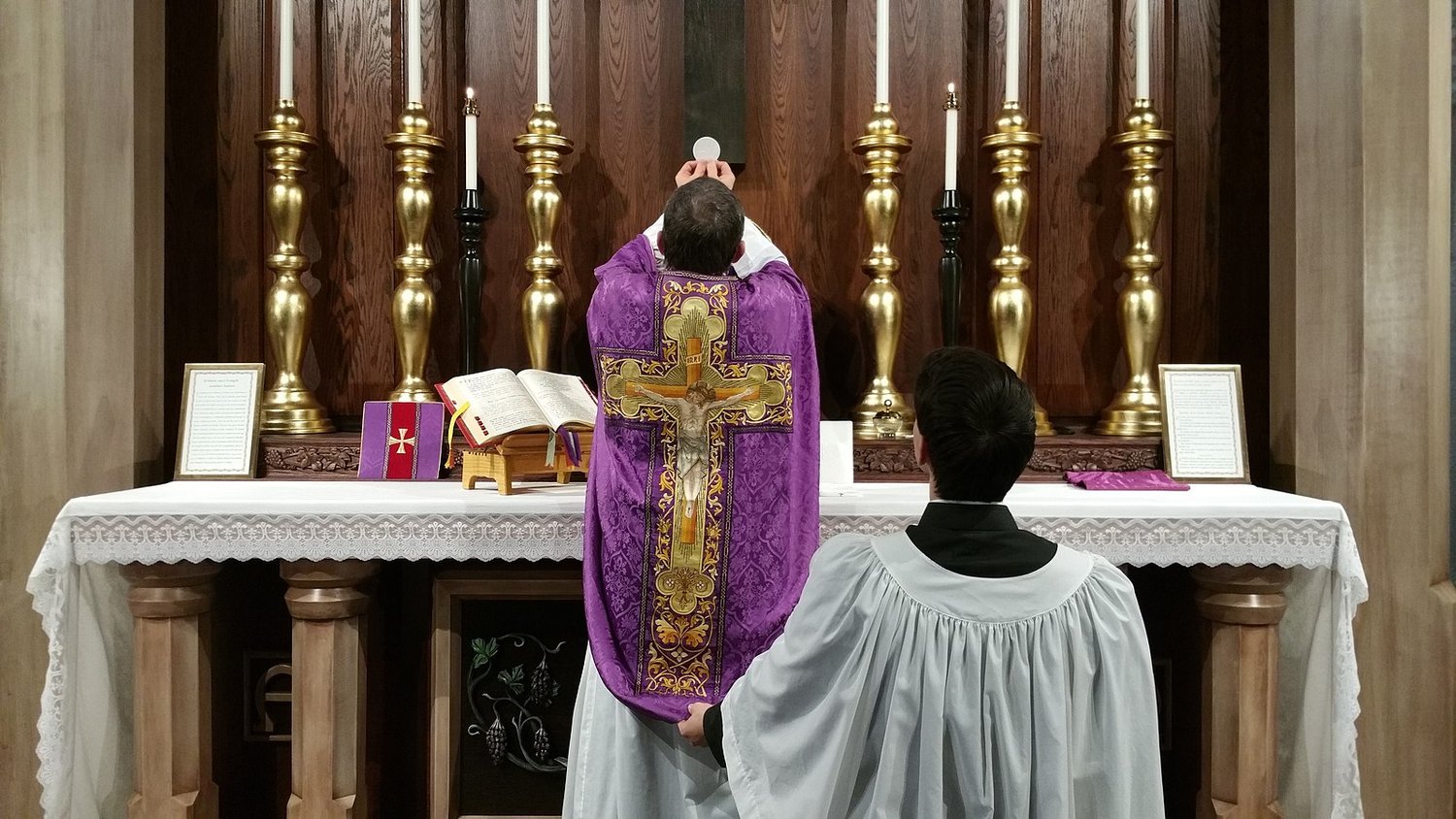 The issue has come to light once again 13 months later because bishops at the local levels are now starting to limit its use. Again, news coverage has been scant, but there’s lots we can learn from the attention the traditional Latin Mass has received.

The issue became part of the news cycle in some parts of the country, specifically Washington, D.C., after Cardinal Wilton Gregory started to enact Francis’ decree. This is how The Washington Post opened its well-reported July 24 story:

Standing before his parishioners holding the sacred bread of Communion in his hands, Father Vincent De Rosa, the pastor of St. Mary Mother of God Parish, solemnly intoned in Latin, “Ecce Agnus Dei.”

The English translation of those words: Behold the lamb of God.

Those kneeling in the church responded with ancient words of their own, “Domine, non sum dignus.” Lord, I am not worthy.

An air of earnest contemplation hung over Sunday Mass, tinged by sadness.

This would be one of the last weeks the church’s parishioners would be able to celebrate using a traditional Latin form that traces its roots back more than a millennium.

Last year, prompted by ideological wars between conservative and liberal wings, Pope Francis said he wanted to limit use of the old Latin form of Mass.

This week, the consequences of that papal letter — issued halfway across the world — landed here in Washington with heavy consequences for this small parish in the city’s Chinatown neighborhood.

By Sept. 21, the parish was told, they were to cease use of the Latin rituals that had been part of St. Mary’s history almost since its founding in 1845.

Friday’s local decree, written by Cardinal Wilton Gregory, who oversees the archdiocese of Washington, allows only three non-parish churches in the region to perform the Latin Rite. That means hundreds of Catholics who attend that type of Mass at roughly six parishes in the D.C. area — including St. Mary Mother of God — will be forced to overhaul their ritual or abandon their spiritual homes to attend the three locations in the area allowed to perform it.

The news account would go on to include interviews with parishioners upset with the decision now that it had hit home. Francis’ argument for reversing a course that his predecessor Pope Benedict XVI had endorsed remain this big idea — that the Latin Mass had become a wedge issue in the Catholic culture wars between traditionalists and progressives.

Has it? This is how the piece ends:

Roughly 60 percent of the church’s collection money comes from parishioners who attend its 9 a.m. Latin mass on Sundays, said Sylvester Giustino, who serves on the parish finance council.

“I do worry about our parish and what happens in September,” he said. “I’m planning to stay. St. Mary has become a home to me. But for others who leave, I can understand that too. We’re not just losing the Latin Mass. We are going to be losing a lot of families and people who have been part of this community for years.”

If anything, this fair account of the situation put into focus what the Latin Mass means to so many, but also want it will do in regard to parish coffers in the future.

The city’s other newspaper, the conservative Washington Times, took a more blunt approach to the story in a July 26 opinion piece under the headline, “‘Woke’ Pope Francis bans ‘divisive’ Latin Mass” by R. Emmett Tyrrell Jr., founder and editor-in-chief of the politically conservative publication The American Spectator. This is what he argued:

Pope Francis is up to his old tricks again. He has banned the Latin Mass. Beginning this autumn Roman Catholics will be greeted every Sunday — and for the truly devout every day — with the modern post-Vatican II Mass. They will have no alternative. The Latin Mass has been put out of commission. Did you know it was divisive? I did not know that, but Francis did, and now he is banning it in a move that is meant, he says, to increase global unity. That is to say, the pope is going to unite Catholics by banning an alternative mass that has been practiced by millions of the faithful for centuries. Possibly the pope will decree that Catholics goose-step into Sunday services or better yet wear uniforms.

Actually, I did not know that I was making a political statement on those rare occasions when I attended Latin Mass. I just thought I was going to a particularly decorative and dignified mass, hoping to get some exposure to the Gregorian chant that dates back to the ninth century with some beautiful choral music thrown in. From now on I shall consider the political consequences of my choice of mass, and if that offends the head of the Roman Catholic Church I apologize, but he brought the subject up. Moreover, he audaciously injected politics into where I choose to go to Mass.

I have always thought that my friends who have insisted that Francis is a liberal or even a socialist were being a bit extreme. I thought it was unfair to stigmatize the pope in this way, but by eliminating an alternative form of worship — not even for theological reasons but for the sake of conformity — that certainly sounds like cancel culture to me. What would you call a man who practices cancel culture but a man of the left?

In the newspaper’s news story posted four days earlier, there were no interviews with people pro or con the Latin Mass. Instead, it provided these nuggets of information:

Traditionalist Catholics have blasted Francis’ move as a clampdown on worship that attracts many faithful, including young adults, a cohort often found leaving religion.

How great an impact this will have on the majority of Roman Catholics in the D.C. area, let alone the U.S., remains unclear. In a 2021 survey, the Pew Research Center found that two-thirds of U.S. Catholics had heard “nothing at all” about Francis’ restrictions on the traditional rite.

Of those who had heard about the change, 9% said they approved of the pope’s move, and 12% disapproved, with 14% holding “no opinion.”

For a real taste of what the Latin Mass means for Catholics, but society in general, Michael Brenden Dougherty’s analysis in National Review was offered plenty of crucial insights and it could be jumping off point for editors and reporters looking sources and themes as they cover this story.

Do churches have $$$ for missions and charity? — GetReligion

Do churches have $$$ for missions and charity? — GetReligion

Then COVID-19 hit. But the pandemic's impact in pews only made an ongoing charity funding crisis more obvious, said Sylvia...

WASHINGTON (AP) — The Biden administration on Friday placed a well-known Russian paramilitary organization on a list of religious freedom...

That ‘nondenominational’ term? Well, it isn’t going away — GetReligion

Rare is the week in which I don’t read two or three important stories in the mainstream press that leave...